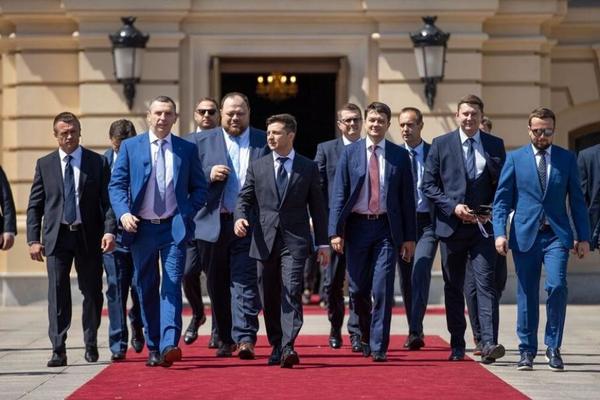 This was one of the conclusions of the Global Economic Forum, in the year 2020, which included data from 153 countries. The full report can be found here http://bit.ly/3a7fkUT

▪ A rating of countries was developed according to analysis. Experts have studied data on various indices in different spheres of life including: the economic participation in the life of the country, education attainment levels, health and longevity, and political empowerment. The ranking of the leading countries included Iceland (for the 11th consecutive year), Norway, Finland, and Sweden, Nicaragua; among the lowest rated were: The Democratic Republic of the Congo, Syria, Pakistan, Iraq, and Yemen.

The higher the index and ranking position, the greater the gap exists in this area. Ukraine ranks 59th overall with the following rankings within the index framework: economic participation and opportunity – 37th, education attainment 26th, health and longevity 52nd, and political empowerment 83rd.  Thus it is clear that the areas in need of the most improvement are gender equality and political empowerment for women.

➡ The full rating with the indices calculated for each area separately, can be found here:
http://bit.ly/2tYcbWC

▪ Overall, the analysis also shows that there is a significant gap between men and women in the area of economic participation and opportunity. According to estimates, at the current pace as in 2006-2020, it will take 257 years to close this gap. The only year were improvement has taken place was 2019, with the number of years to bridge the gap was reduced to 202.

▪ Globally, only 55% of women (15-64 years of age) are employed in the labor market, versus 78% of men. In addition, there is no country where men spend as much time on unpaid work as women. In countries with the lowest ratio, it is still two to one.

▪ Another area where closing of the gender gap will take a long time is political empowerment. This year's pace has accelerated changes in this area, but even at this speed, it will take another 94 ½ years to overcome it. This is an important aspect because improving political opportunities for women tends to contribute to increasing the number of women in managerial positions, and their participation in the economic sphere.

▪ In terms of educational opportunities, it will take about 12 years to achieve equality in this area. This has been made possible by the rapid pace of closing the gap in this area by some developing countries.

▪In health and longevity, 48 countries have nearly reached equality, with 71 countries closing at least 97% of the gap.

▪Overall, 40 countries out of 153 have practically closed the gender gap.

What do the results of the analysis generally indicate? A lot of work needs to be done and even more time is needed to create equal opportunities for all. This requires local policies to be developed, taking into account the pace of progress in the country, as well as forecasting future challenges and risks.

Equal opportunities for men and women are fundamental to the development and prosperity of economies and societies. Women make up about half of the world's population, and if all of them have equal access to the realization of their talents, rights and equal opportunities, it will have a profound impact on the growth, competitiveness and readiness to face the future challenges in businesses and economies around the world.